Stuart and his family joined the Booragoon Primary School Community in 2011.  He joined the Board in 2017, and was elected Chairperson in 2018.

Stuart is dedicated to strengthening community, and has over fifteen years’ experience in senior executive roles in community service organisations spanning parenting, mental health, disability, and alcohol and other drugs.  He is currently the CEO of Fremantle Multicultural Centre with a focus on forging a thriving multicultural society.

Having helped shape national policy on engaging fathers, Stuart is particularly proud of Booragoon’s Champion Dads – an exemplar initiative by dads, for dads and their children.

Luckily, Stuart has a rare passion for governance which he will use to help support the Board, the Principal, and the school achieve success.

Lucille and her family joined the Booragoon Primary School community in 2015 after they relocated from Townsville.

Lucille grew up in Townsville and studied at QUT (Queensland University of Technology), graduating with a Bachelor of Business – Accountancy.  After gaining CPA qualifications, she left Australia with high ambitions, travelling significantly and living in London for over 12 years.

Having held various finance leadership roles in a number of industries, Lucille’s current role focuses on the technology function in a large resources company.  As a full time working mother, she is a strong advocate for education and its role in improving diversity.

Lucille is a proud supporter of the Booragoon Primary School and hopes to use her personal and professional experiences to build on the strong community and help achieve the best outcomes for the school.

A former student of Booragoon Primary School, Kendall joined the inaugural school Board in 2015.

While she is perhaps most recognised as one of the current canteen managers at the school, Kendall’s active involvement in the school community dates back to 2009 when the eldest of her two children started Kindy.

She has been a member of the P & C since 2010, holding a position in the Grounds Committee and the Fundraising Committee in 2010, the Executive between 2011 and 2013, and the Canteen Committee from 2013 to the present. In these roles, Kendall has significantly contributed to the school community by organising specific fundraising events, assisting with the implementation of various projects to improve the school grounds, and by helping to with the introduction of the ‘Cook Fresh’ menu at the canteen.

Kendall completed a Certificate in Canteen Management in 2014. Working together with her co-manager, Kendall is responsible for the day-to-day running of the school canteen including menu development, the roster, banking, sourcing and ordering produce, and serving the children. She assisted in drafting the Healthy Food and Drink Policy for the school in 2014 and has been instrumental in converting the canteen into a profitable enterprise.

Brian has a diverse industry background having held a number of roles across the government, ICT, mining and utilities sectors.

He has experience across all key management dimensions including strategy development, financial management, managing staff development and change management.

In his spare time he enjoys cycling, reading, and spending time with the family. As a member of the board Brian is committed to using his ICT and management experience to help the principal and the school achieve its objectives.

Tracy became part of the Booragoon Primary School community in 2016 with her son entering kindy. She joined the school board in late 2017.

Tracy has a business background having achieved a Bachelor of Commerce with Honours from the University of the Witwatersrand (South Africa). Tracy then gained much experience in running a successful strategic facilitation and project management business. Tracy has also gained a wide range of skills in the Australian market over the past 12 years, including consulting in the fields of education and leadership.

Tracy has had a career focused on helping people achieve their objectives. She is passionate about educating children and enacting strategies to help shape and form the best versions of themselves that Booragoon Kids can be.

Becky is a Lecturer at Murdoch University School of Education where she is Academic Chair for Tertiary, Adult and Workplace Education and the Masters of Education by Coursework. Her areas of expertise and research interest include teacher professional development, instruction, systemic educational change and leadership and emotions and learning.

Becky holds an honours degree in English Literature and Linguistics, a Master’s Degree in English Literary Theory, a Diploma in Education and a PhD in teacher professional development and systemic educational change. She has worked as a teacher, manager, project manager and independent consultant since she qualified as a teacher over 18 years ago. She has taught in secondary schools, TAFE colleges and universities and also spent four years working as a Senior Project Manger in the WA Department of Education, where she designed and implemented statewide professional development programs for teachers in the areas of instruction, pedagogy and classroom management.

Becky is delighted to be able to work with the professional team at Booragoon Primary School and support them to create innovative and inclusive learning opportunities for all students. 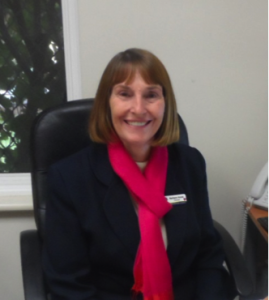 Barb grew up in the country, attending several schools in the Goldfields as her father was a diamond driller. His employment took him to Mt Magnet, Norseman and Kalgoorlie. She completed her secondary schooling at John Curtin SHS from which she graduated, going on to complete a teaching degree Claremont Teachers College.

Barb has enjoyed a long and varied career in education, enjoying roles in schools, in Distance Education and in several Education District Offices. After many years as a teacher in seven metropolitan schools, she completed a Master of Education Degree, majoring in Curriculum. This opened up many opportunities for her, including curriculum writing at the School of Isolated and Distance Education (SIDE), Curriculum Manager, and Manager of Education Services, roles in which she provided professional learning for teachers across the state. Before returning to a school setting as a Principal in 2007, Barb also undertook two stints as a District Director, in the Canning and Swan Education Districts.

Barb believes that while involvement in a range of roles in different educational settings broadens one’s knowledge and understanding of education in general, the school setting is by far the most professionally satisfying. It is a privilege to directly influence the lives and futures of our young people, and open up a world of opportunity for them. 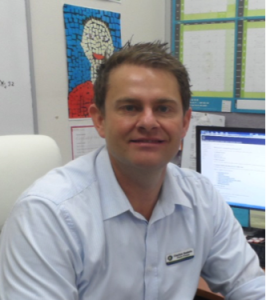 Clayton has been the Deputy Principal of Booragoon Primary School since 2011.  After starting as a graduate teacher in 1996, he has worked in a number of teaching and school administration roles in a wide variety of school contexts in Australia and overseas.

Clayton has a number of interests outside of education and has experience working in the building industry.  He was previously the Managing Director of a renewable energy company and is involved in property development.  Clayton has a keen interest in IT and sport, and is a recipient of the 10 Year Service Award for outstanding service to the West Coast Eagles Football Club.

Clayton is proud to be associated with Booragoon Primary School and enjoys the privilege of being an influence in the lives of the Booragoon community. 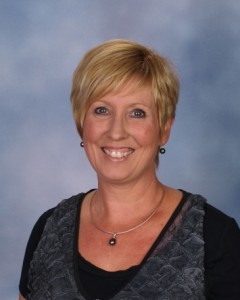 Megan grew up in the Melville area, attending Applecross High School and completing a Special Art scholarship. Although being accepted into Fine Arts at the end of high school, Megan chose teaching as she wanted to make a difference to the lives of young people.

After more than thirty years in education working as a classroom teacher, a library resource teacher and a deputy in a variety of schools, Megan was delighted to be offered the position of Deputy Principal at Booragoon in 2009.

Apart from working with children and people, Megan’s interests include animals, photography and travel. After a career of working full time, Megan had 2015 off with an aim to travel and give back to the community in some capacity. She is a volunteer photographer and administrator of a group that takes photos of foster animals for rescue groups and was able to devote a lot of time to that in 2015. Training and competing with her dogs on weekends keeps her busy outside of school.

Megan is thrilled to be an active member of the Booragoon Board and to work closely with people who contribute so positively to our school community.

Di was appointed to Booragoon Primary School as a Special Needs Education Assistant in 2006 and since then, she has worked with many different children and teachers at the school. She has also worked at a number of different government primary schools over the past thirteen years. Di graduated from Edith Cowan University with a Diploma for Teachers’ Assistants in 2005 and is an active member of the Western Australian Association for Teachers’ Assistants (WAATA). Her passion is supporting the early years of education and she is an untiring advocate of the community benefits of inclusive, mainstream education for children with special needs.

Prior to pursuing a career in education, her career highlights include:

• completing a trade course and working in that trade for many years;

• managing a business in the customer service and retail industry; and

• working in the banking sector.

Di grew up in NSW, worked and travelled in Europe for two years and lived in Queensland for several years before moving with her family to WA in 1999. She is the mother of two boys who have successfully completed their schooling in the WA system. Her interests include travelling, horse riding, art and being a loyal supporter of the Fremantle Football Club.

Carolyn studied at Churchlands Teachers College and specialised in the junior years. She began her career working in various schools in W.A., teaching junior classes as well as drama, music and extension. After marrying her kiwi husband Steve, she shifted to Christchurch, New Zealand. Carolyn worked at a variety of NZ private and public schools, giving her a fresh perspective on assessment and a passion for differentiated learning.

After a family holiday with their four children to Perth in 2010, they decided to return permanently. Consequently, Carolyn was appointed to Booragoon School in 2011 and has greatly enjoyed being part of the local community.

Apart from education, Carolyn has a passion for families and supports this through regularly running marriage courses. Her interests include bush walking, horse riding and bike riding. She enjoys the game of Rugby Union, which she learned to appreciate whilst living in New Zealand.

Carolyn was a member of the School Council from 2011-13 and is pleased to be part of the current School Board.

The photo for this month is of Laura's
pet cat, Harley. Laura misses her but she had a great life. She lived to the amazing age of 21! View a gallery of past entries here.